Before the start of the 2019 AFL season, the St Kilda Football Club and Marvel Stadium introduced the Chill Out Zone – a quiet space for autistic footy fans to manage sensory overload at St Kilda home games played at Marvel Stadium. A few weeks ago, Amaze team member Joel Wilson went to the St Kilda v Hawthorn game at Marvel Stadium, to check it out. Here’s how his afternoon went.

I made my way to Marvel Stadium at just after 2:45pm for the 3.20pm start time. I would’ve gone earlier but there was a VFL game beforehand.

This was easily the hardest part of my day. I had to navigate the crowds, find the easiest gate to access the ground and then find the Chill Out Zone inside the stadium without any instructions. Amaze and St Kilda have now made a social script to make accessing the Chill Out Zone easier, so you won’t have to face the same problems as me!

I should also add that St Kilda have signed on to be Amaze’s first Inclusion Champions. In addition to the Chill Out Zone and social script, St Kilda staff will undertake extensive autism acceptance training later in the year.

After navigating myself to Gate 2, I went and checked out the new Marvel Vault store, a very small store selling exclusive Marvel branded gear. The store is open weekdays too, if you want to come when it’s quieter.

My tickets had Level 3 General Admission on them, but I knew the Chill Out Zone was on Level 1, so I made my way towards Aisle 7, which is in the middle of the Victory Room area at Marvel Stadium.

As I approached the Chill Out Zone, I noticed the space had black blockout curtains covering the windows to reduce outside noise. Inside, the live game was being projected on a big screen, with no sound, and in front of it was a desk with putty pots and ear muffs.

There was a big curtain in the middle of the room, splitting it into two separate spaces. The St Kilda staff told me this was done to further isolate the Chill Out Zone from the crowd and its noise, particularly for the noise that entered whenever the door was opened.

I wandered to the quieter back half of the room, where there was bean bags, play tunnels for little kids, couches, tables with colouring-in books and pencils, and another big screen with captions but no sound. The lights had been dimmed too, and there was some natural light coming in from outside.

Throughout the game there was about thirty people inside of the Chill Out Zone, most of them autistic kids who were accompanied by parents. Being a chill out zone rather than a quiet room, it did get a bit loud at halftime, which was the busiest the Chill Out Zone got during the game. To address this, staff said that they were planning to further divide the space and create more isolated, quieter spaces.

St Kilda has reserved a bunch of seats on Level 1 near the Chill Out Zone, for people who visit the Chill Out Zone and want to return to the crowd without having to go too far. I tried sitting in this section, and while it was a bit packed and noisy, it was helpful to know I could retreat to the Chill Out Zone at any time. As I mentioned earlier, they had earmuffs that people could take with them too – as well as some putty and other things to stim with.

I didn’t take that many photos because I didn’t want to ask people for permission and interrupt their down time; however, you can watch a story that aired on Nine News Melbourne with footage of the Chill Out Zone.

It was great to see so many people using the Zone. Some families came in for just five or ten minutes before returning to the crowd or what I call ‘the madness’.

The game was a nail-biting finish, with St Kilda taking the win by just 5 points.

The best thing for me was I’d spent enough time in the Chill Out Zone that I was comfortable enough to leave soon after the siren, and got straight on a packed tram back up La Trobe St to where I was staying. The crowds on the tram did make me a little anxious, but overall I was quite relaxed because I’d been allowed to have some space away from the noises and crowds.
I’m looking forward to going back later in the season to see how the space has evolved as the St Kilda team meet more autistic people with different access needs.

Bonus tip – can you find different Marvel related items inside and outside the Stadium? Thor has left something big at one of the gates 😉

Tickets for the autism community

St Kilda has a community program called Saints Junction, which offers schools, sporting clubs and community groups the opportunity to experience a St Kilda home game free of charge. Our Amaze community can request tickets up until the Tuesday before the game you wish to attend. To book, go to Saints Junction and in the box under ‘Where did you hear about this ticketing offer?’, write Amaze and copy the link to this blog.

All St Kilda home games are at Marvel Stadium except for Round 11, Sunday 2 June 2019, when they are hosting a game in China. St Kilda 2019 fixture. 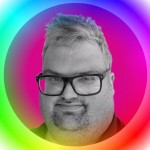 Joel Wilson is an autistic man, member of Amaze’s communications team and journalism student at Deakin University.
You can find more of Joel’s writing and podcasts at his website