Video gaming remains one of the most polarising forms of entertainment.
A quick scan of media coverage on the topic reveals a lack of consensus, with reporting on the effects of gaming adopting either a strongly positive or negative stance.
This can make navigating the world of video games, especially for someone who doesn’t play them, challenging to say the least. 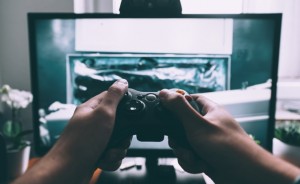 Autistic adolescents and children do, on average, spend more time playing video games than neurotypicals; 41.4% of autistic adolescents and children spend free time playing video games compared to 18% of their neurotypical peers (Mazurek, Shattuck, Wagner, and Cooper 2013).
Experts, however, remain divided over whether we should be wary of gaming because of alleged concerns around addiction, or whether we should embrace it because of its possibilities in facilitating social interaction.
Video game addiction
Autistic advocate Temple Grandin firmly sits in the former camp, believing video games can be damaging.
“I’m not seeing good outcomes,” Grandin says.
“In fact, I ran into a kid that’s playing video games all day, and he’s so anxious that when he stays out of his room for just a little while, he has panic attacks.
“It’s extremely hard to get them off the games.”
Grandin also sees a clear divide between autistic people who play video games and those who don’t.
“What I’m seeing now is the kids who learnt how to work before they graduated from high school, they’re doing well — I’m talking about fully verbal kids — and the ones who haven’t learnt how to work, they are getting addicted to video games”.
Grandin doesn’t believe in banning video games, but insists that their playtime should be limited.
There is little research specifically into video game addiction and autism, though a study suggests a link between problematic game use and behaviour problems in boys (Mazurek and Englehart 2013).
Video games as a tool for socialisation
On the flipside, some say video games can be a uniquely safe place for autistic people to socialise.
In an ABC report, Northwestern University’s Dr Kathryn Ringland, who has authored several studies in the field, says video games could remove “painful and challenging” parts of social interaction.
“(Gamers) don’t have to worry about things that might be challenging in the physical world such as body language, facial expressions and eye contact,” she says.
“Those things can be hard to interpret and even painful for autistic people.
“They create the safe space that these autistic kids don’t often have in their lives.”
There’s also the argument that video games make socialising in the physical world easier.
Autism Australia advocate Thomas Kuzma said his knowledge of Pokemon helped him make friends in the primary school playground.
While a lot of research looks at social interaction between autistic and neurotypical people, it’s been suggested video games, by virtue of high autistic participation, can also increase the potential of autistic people interacting with other autistic people.
Such interactions can lead to rapport and mutual understanding.
A good example is the autistic-only Minecraft server ‘Autcraft’ that has fostered a safe anti-bullying community with clear and consistent rules.
Reference List
Heasman, B., & Gillespie, A. (2018). Neurodivergent intersubjectivity: Distinctive features of how autistic people create shared understanding. Autism, 1-12.
Mazurek, M.O., Shattuck, P.T., Wagner, M., & Cooper, B.P. (2013). Prevalence and correlates of screen-based media use among youths with autism spectrum disorders. Journal of Autism and Developmental Disorders, 42(8), 1757-1767.
Mazurek, M.O., & Englehardt C.R., (2013). Video game use and problem behaviours in boys with autism spectrum disorders. Research in Autism Spectrum Disorders, 7(2), 316-324.